The Bob and Larry Effect

First I should admit that this has nothing to do with craftiness; it's just something that's been on my mind for a while and Blogger seemed to be the best place to vent it.

I'm sure I'm not the only person to notice that in movies, televisions, and pretty much everywhere else (including real life), what I will call The Bob and Larry Effect turns up. It describes a pairing of people or fictional characters who are drastically different in physical appearance - one being tall and skinny and the other much shorter and a bit...well, let's say "not skinny." I personally call this The Bob and Larry Effect because I think the two main characters from the Veggie Tales series offer the most striking example: 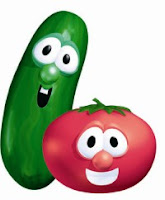 Obviously they're not the original skinny-guy-and-shorter-stouter-guy combo, but I think it's perfect to use a cucumber next to a tomato when comparing any other pairing with a similar physical ratio. And while I bet the Veggie Tales intentionally chose those vegetables so as to give the buddies dynamically different appearances, they certainly weren't the first to have this idea. 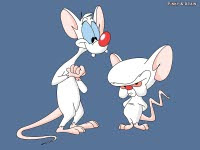 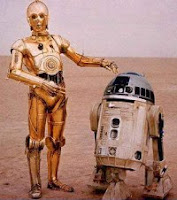 Jim Henson and the other Muppet-makers seemed to be quite fond of the tall-skinny/short-round concept. 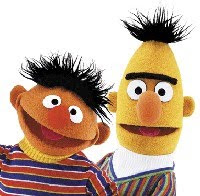 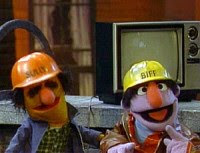 But of course even long before then, there were well-known human Bob-and-Larry-type pairs. An interesting case is with the characters of Sherlock Holmes and John Watson. The original books don't suggest that Watson is any shorter or rounder than Holmes, and older drawings and live-action portrayals seem to reflect this. But the more recent and more cartoony depictions tend to shorten and fatten Watson. Could Disney be to blame for this? 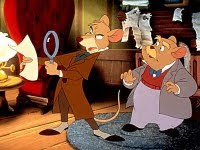 Feel free to uncover any clues that would prove this wrong. Incidentally, there has been a Veggie Tales video with Larry playing the part of "Sheerluck Holmes" and Bob as...well, "Watson."

Now, how about the non-fictional partners? 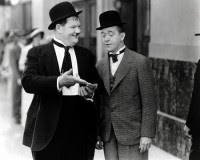 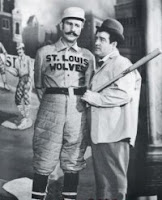 For either pairing, I wonder: Were they drawn to each other because of their outward differences? Did an outside force guide them together to create the aesthetically quirky combination? Were they just more entertaining and/or memorable than other golden-age comedy couples because of their size-based unevenness? Would the Bob-and-Larry-essque real-life double acts of the future be successful for any of these same reasons, or even because they would be unconsciously inspired by Laurel and Hardy and/or Abbott/Costello? Or am I just overthinking this, and that it's just a coincidence that this phenemon happens to show up once in a while? I'd like to hear what you think. 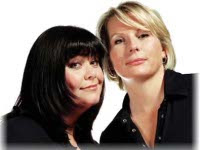 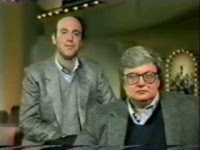 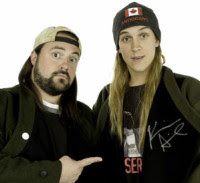 Do you have a favorite Tomato-and-Cucumber couple?

*Okay, so even if Oliver Hardy isn't shorter than Stan Laurel, their faces alone seem to follow the Bob and Larry Effect.
Posted by Imaginary Friend Boy 1 comment: Links to this post